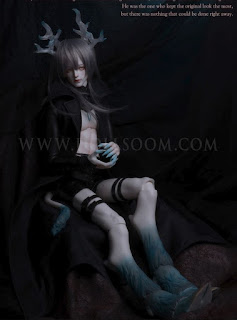 He's got a backstory! I love those things, even if they are amazingly weird. After all, they match the dolls! He's got a double set of horns and a version with his tongue out, which I am not super fond of, but someone may like--I like the human head and the hands and hooves. He's got a tail, which I would lose in ten minutes, but it's a nice thought. Here is the blank sculpt--which they also put up! I was so happy to see them! 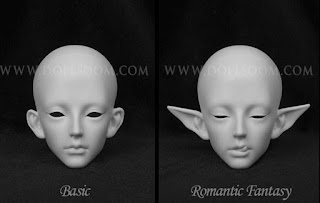 He's got a cool chest gem which is probably the most imaginative thing on him, it looks neat. Sadly if you want just the nice looking human guy, he has a plain chest. You can also just order a cream white of gray body solo if you go to the main page, the order period is the same as the doll (I assume they just cast them all at the same time.) Here is the human version made up: 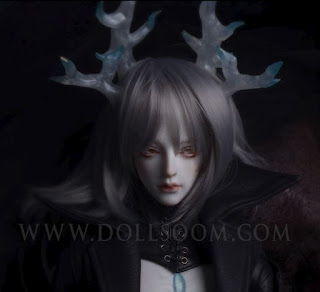