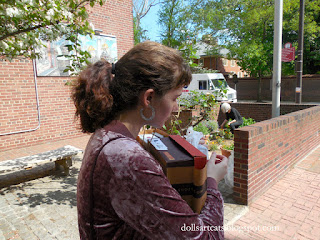 So I have been in Philadelphia this last few days, and it was fabulous. The weather was perfect, and K and J and I walked and walked and walked..and bought shoes :D Here is K, new shoes, and some gardening at a local fire station near Chinatown. 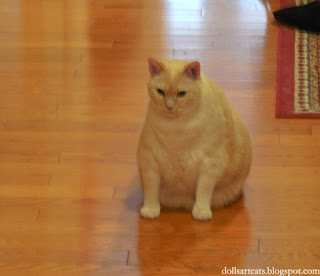 Mr. Tuppy at home. He was actually Mr. Friendly, and very hairy. I bought him a brush, though I am not sure he was excited about it. 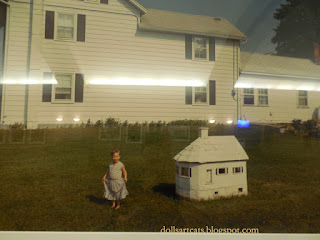 Photo of a photo at the Convention Center..a dollhouse! 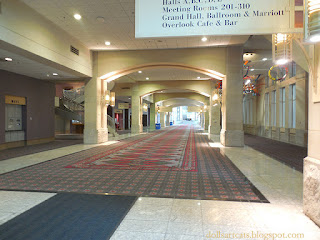 The Hall of the Dwarven King, aka the convention center. 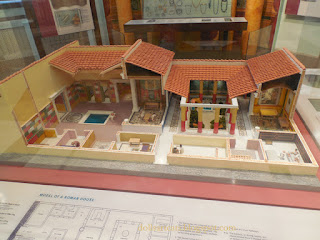 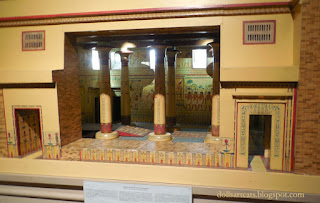 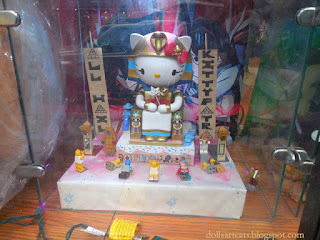 Hello Kitty at the Sanrio dealer! 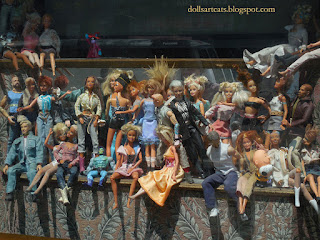 The crowd at the Trocadero window. 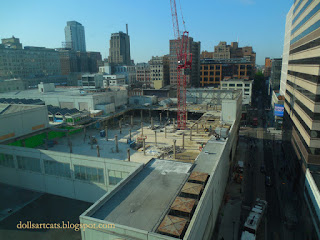 Hotel view of the Galleria building being rebuilt. One of the things about being in a city hotel in the summer, is that around 7 AM, the local guys say "Let us sing you the song of our people!" and then"
BRAPAPAPAPAPAPAPAP go the jackhammers. The hotel was actually pretty soundproof--the hammering and sirens were muted compared to other places I have stayed in. 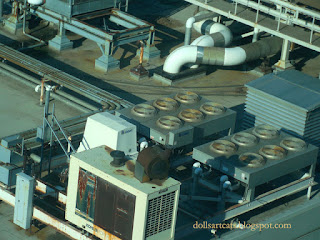 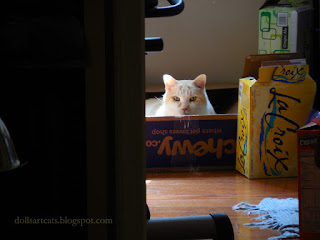 Gussy Fink-Nottle, who was pretty sure I was going to eat him. 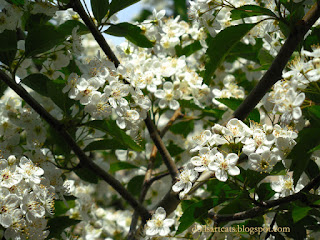 A flowering tree with bees, near where I took the photo of K. I wish I had taken a lot more photos--I took some architechtural reference ones, but not the Macy's Wanamaker's giant organ, the cool graffiti, the little dogs being walked, cool store fronts and a million other things. If I lived there I would just take photos all day, but I was busy being a tourist. We went to a big company dinner at Ocean Prime, and the interior decoration of that place is the most gorgeous art deco/ marine theme; but the light was too low for my regular camera and I was supposed to be social and not snapping pix.
I have a few more photos for tomorrow, though. :D