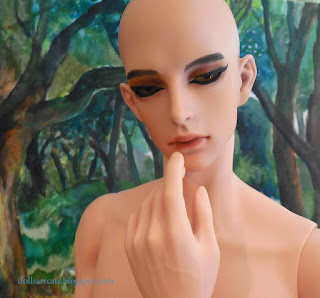 This is a Soom Phonolus, the human "romantic eye" version, in Tawny. I have him purely from the generosity of Sicktress--I had bought the peach gold Iplehouse body he is on a while back, and then wasn't too successful in finding a loose Iplehouse Peach Gold head that I liked that would fit. (He is supposed to go on a MegaGem body, but my chances of finding one in tawny are slim to none). So she not only sent me his head, but also an adorable modded Elfdoll Ryung head: 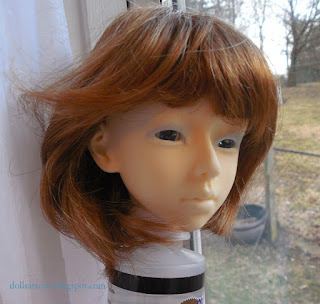 I also found the head to the Boyd body that I bought from Gus--it was originally Miss Ally's, and I was so hoping Gus could find the head--but no, Miss Ally had sold it in 2011 to Mosiacwolf, and it sat in a drawer until a week or so ago, when Mosiacwolf listed in on Den of Angels, and I happened to spot it! So he is all together again and my Headless Body Count is down to ... four at this point. Here is Boyd:

Boyd was the first doll that Granado released, and I am thrilled to have a little bit of history here!
And just one more photo of Hecate (Iplehouse Carina) with flyaways :D 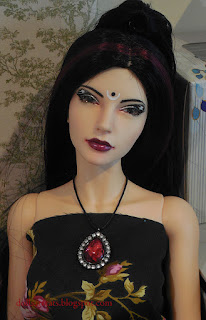