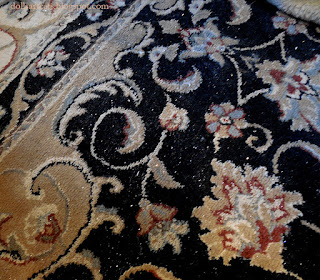 J and I do the gifts for each other Christmas morning, and then usually hold off opening the other presents from relatives for later, so I can write thank yous at the same time. I had bought a roll of glittered ribbon from Costco thinking it would be great for the two bigger presents I got J, since it was fat, sparkly and on a big spool. And it looked great--but I hadn't thought what would happen if you tie it in a bow and then the recipient pulls it through the loops again to untie it--that neatly scrapes off all the glitter into a cascading pile on the floor, the couch, your hands..everything. I actually took the ribbon off the second one before I handed it to him, but since he had glitter even in his beard, we had to take an intermission so that he could take a shower and I could vaccuum the floor and the couch (I ended up taking the couch cover off entirely to put it in the wash.) There is a trail of glitter out to the trash cans, and on our front steps, and on the keyboard. I need to roller everything again because I don't want the cat to pick it up on her fur or paws.

Speaking of the cat, she got what she wanted for Christmas: 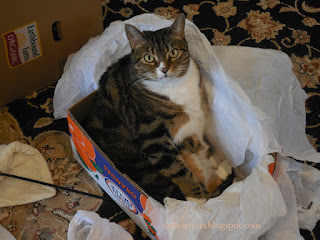 I also took time off from texturing today, and messed with dolls. We went to a antique store on Wednesday in Naperville and I found some scratch and dent costume jewelry for the dolls, so I wanted to try it on them. Here's SophieCushion (Cat named her, and sent some dollie presents as well, including the splendid Souldoll hat Sophie is holding and the gold boots) and Bubbles the Soom Cass. 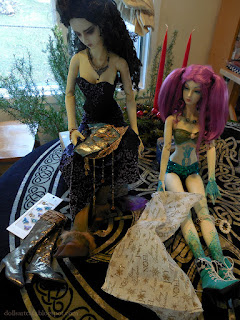 I think Bubbles wants the paper--she has shoes on her feet, so she has no idea anyone would want a second pair. Sophie is hampered by having hooves instead of feet at the moment. 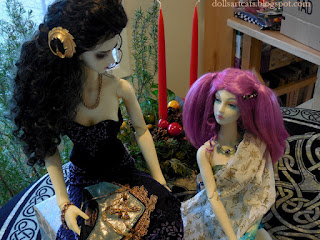 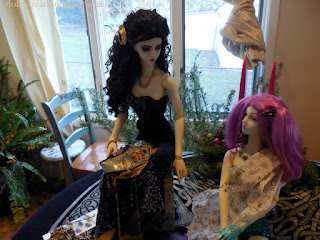 So who gets the boots? They need heel feet (very rare here). Shalimar already has the Simply Divine heels, and Bubbles is wearing her shoes. This was the only candidate at the moment--my Soom Gneiss, who since she is on the new body, has slightly smaller feet: 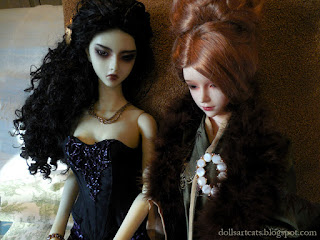 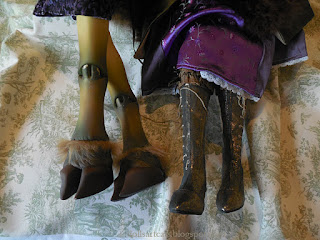 Thank you Cat! Also, Cat figured out that I have a "bird tree" somehow! 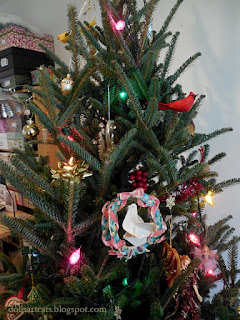