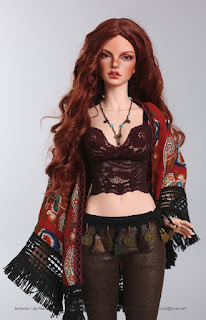 This is from Sartoria J's promo page and I thought it was just a gorgeous photo of their Iplehouse Stella. They are having an early Valentine's sale, with some things marked down a bit: 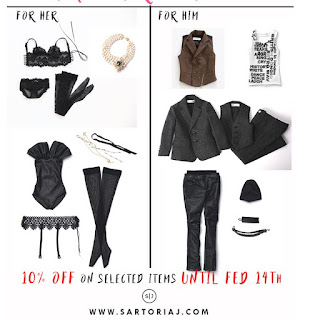 I like the little lacy things, and the fact that they carry a lot of Dollshe girl things. They also have a pink version of the very popular "fairytale" dress that Iplehouse sells: 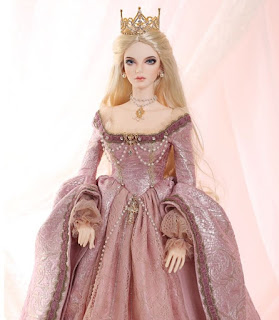 That is one of the most mellow Iplehouse Grace dolls I have seen! Usually she looks like she is plotting mischief--when she was introduced, she was from the Addiction series of vampires and demons, and she was supposed to be "Daughter of Satin (sic)" which was so appropriate on many levels. I guess all she requires is fancy clothing to be satisfied.

Sartoria also has Tiny Shoes. The price is a killer with the added EMS, but if you are ordering a whole outfit then that sort of cushions the cost of sending something less than an ounce across the world. And the shoes are so pretty: 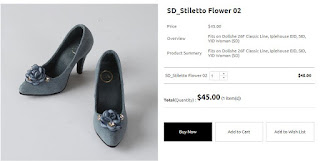 Also if you are going to spring for shoes, you might as well pick up Grace's Crown as well: 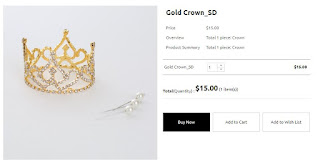