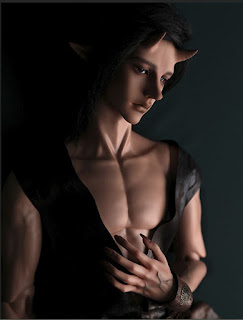 So if you have 810.00 USD laying around the house, and you want to adopt a sad, tawny demon, now is your chance--Soom issued Garion in fire-engine red, but then they decided he was cool enough to do a Cream White, Normal, or for some extra money, a Tawny version (shown above). His order period has been extended to January 30th. I have no need for the horns, but I rather like the human version: 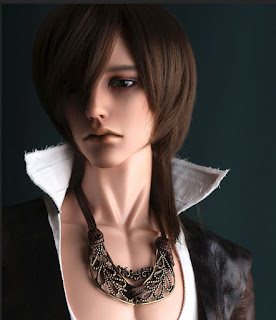 He's pretty fine :D However, if I did have that amount of money in the cookie jar, I would instead buy Lelahel's Jeline, which is also on sale on the Den of Angels Marketplace. 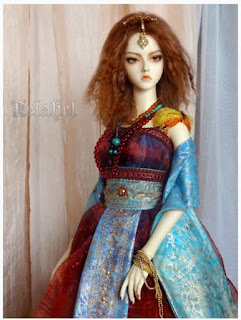 Jeline is a Soom reissue of Beryl, the Love Me or Die version. There were only 50 of them made, and Lelahel is Jeline's first owner, so she has the box, certificate, etc. I have a LMOD, but I am a little hampered in that mine has the original faceup and body paint, so I am afraid to play with her. (Which is why you don't see her in my group shots, either).
Soom Garion Soom LMOD Beryl