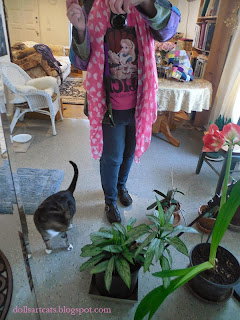 My Thursday outfit was on point.:D The scarf in the back, the purple one, was used later by Stripey: 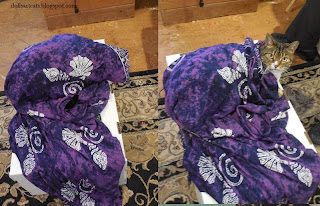 And then later she was almost eaten by the couch: 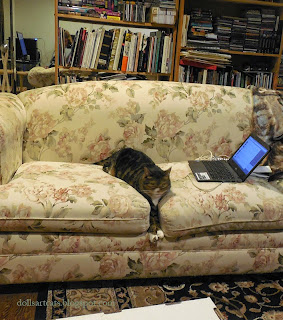 J made a flan for Easter, I forget if I put this up: 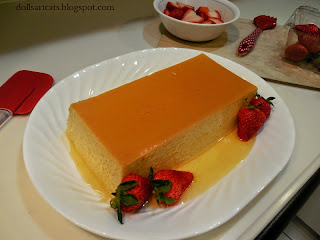 The amaryllis my neighbor gave me two years ago is suddenly blooming: 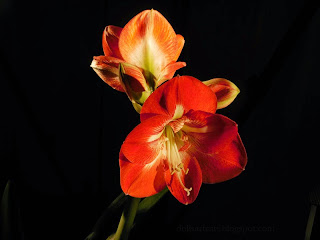 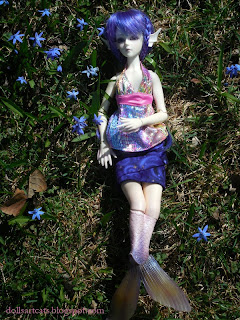 She also looks cute with the scale daffodils that are still blooming--I can't decide if the daffodils are some reversion to species or if they are just stunted from growing over a brick: 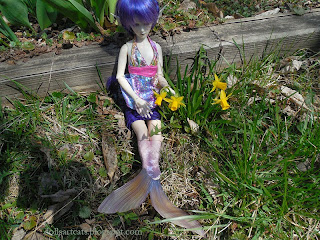 And the pond is ready! Using rubber gloves, I cleaned out most of last year's plants and moved some of the stones out, and got the bubblers and filter back in. I still need pond plants and some test strips before I put pollywogs or mosquito fish in there. The lining seems to be ok but I don't want to get any large fish in case it fails later in the season (I don't have a backup tank for them). In the meantime the robins are using it for bathwater. :p 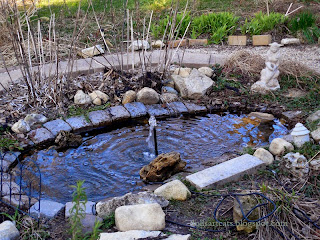