Yet Another Luna Faceup 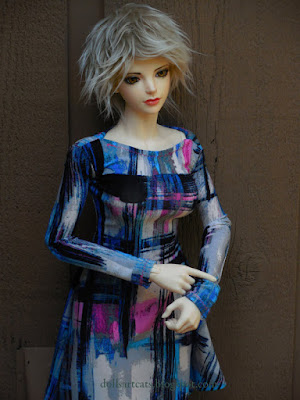 I am trying to sort of trim down the number of dolls here so they will fit in one closet; it's just easier to keep track of them and be sure they are at the right temperature/ humidity and not crowded. I had planned on maybe replacing the Iplehouse Rebecca I had traded away, for a new one from Iplehouse, with the type A faceup, because I do like it: 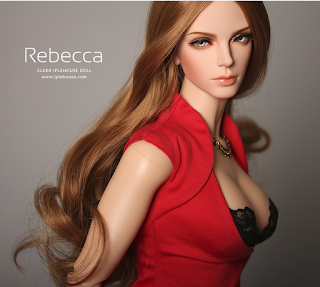 But then I realized that I did already have the much-repainted Luna head that could fill in for this character, plus she is more "smiley" than Rebecca, and I also like the faceup Iplehouse offered when they were discontinuing her: 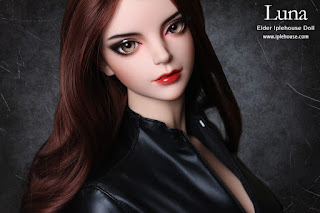 So I tried to do something sort of similar with lighter lips, and while it looks like the 6 yr old's version of the Iple faceup, it's cute for now. I do need to redo her lashes, though--one side is behaving strangely. Lashes are such a pain. 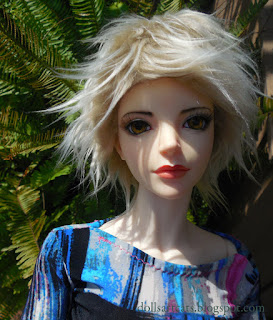 Haha nailed it! Anyway, the eyes are from Candy Kitten's Emporium and they are 14mm Cogtastics. Candy Kitten eyes usually have small whites and big irises, so they work better in Fairyland  and Luts dolls, but I like these so much I used them anyway. Also Candy Kitten is a sweetie :D
Candy Kittens Emporium doll eyes Iplehouse Luna Iplehouse Rebecca