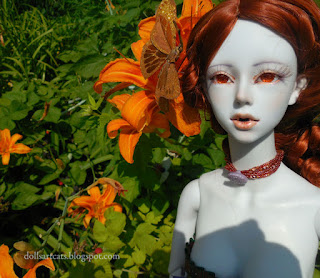 Tesla finally has a Super Gem body, thanks to AnchixDPx on Den of Angels. When Soom first issued Migma, Rauco of Sin, they assumed that by giving people two heads, the owners would pick a head and then just keep that one on most of the time, occasionally swapping. Like "mostly human" then "Vampire". (Here is what Migma looked like in 2011, when we were all young:) 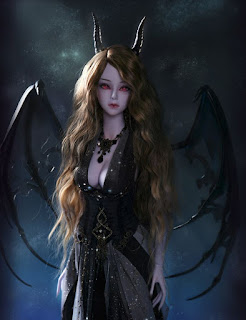 Of course it didn't work that way, everyone wanted a body for both heads. Or they didn't want the human head, so they sold it, leaving the new owner to cast about for a matching body; which when Migma was first released, was unlike any body ever issued. (Soom later did a body event where "purple" was an option, and of course the color did not match.) Tesla was originally Adalwolf's "Sister" for her human Migma, and was on a NS Super Gem body, which was fine for shape but looked a little like a car that had been in an accident, with a coat of mismatched primer. Then I bought Raisin, the human version, as a complete doll, thinking that the two heads would "share"the purple body. Well, that was a fail.

Over time both dolls faded to a pleasant gray, I bought another Migma human head (Coral) and put her on a gray Mirodoll body. But I really wanted a Super Gem body for Tesla, partly because I have patterns for it. Some photos: 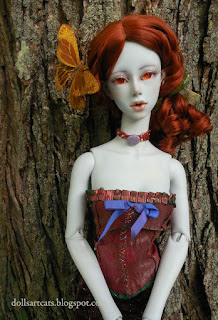 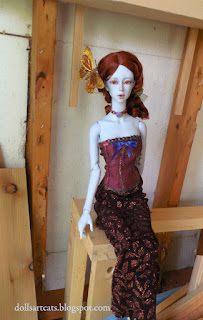 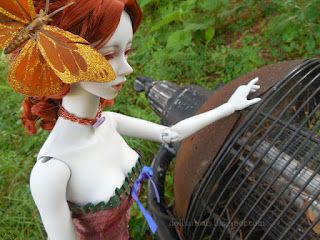 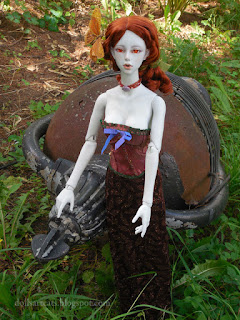 Cat made that cute corset--of all my dolls, Tesla actually has the most purchased clothing..even shoes! I just need to do her nails :D