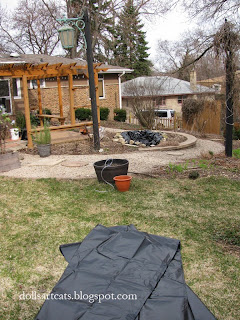 I hadn't fully gravelled the bottom of the pond yet, but the weather was calling for a lot of rain and I didn't want to bail out a muddy pit, or have the walls collapse--so I opened up my 99 dollar pond liner and stuffed it in the pond hole. The liner in the package is big, enough to do two ponds my size; but the plastic is only a bit heavier than landscape cloth, so I am guessing it will be good for one season before it will pop a leak or need replacing. But for a small, one season pond it should be ok for now. I put enough rocks around it that it won't blow away if the wind kicks up, and I will make it more presentable next week. There was a squirrel who was sure I was burying the world's Biggest Nut under the plastic--I told it that it was the only nut around at the moment. 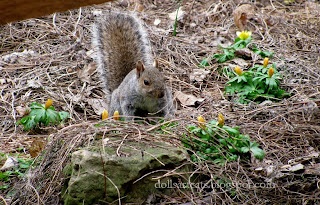 I think this was the same guy earlier this year: 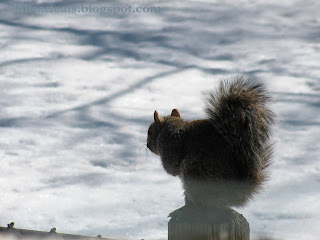