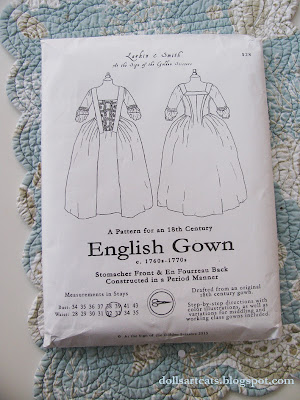 So I bought this pattern. I like patterns; I buy them occasionally just because..well, I like them. I used to have, before I moved, almost all the Folkwear patterns, some Smoke and Fire patterns, a number of Medieval Miscellanea patterns, and a bunch of Atira's Middle Eastern patterns, as well as some wildcat patterns that I bought over the year at Pennsic. For these small-run, recreation patterns I don't have high expectations--I figure I will have to tape the pattern pieces together, that there will be muddy directions or mystery spots; the sort of things that you would find if *I* was making a pattern from the stuff I used to sew for the SCA. (Though I have to say that Atira, aside from apparently being a skinny little thing, turns out a good pattern that is easy to assemble. Just go big.) Anyway, I figured this looked like a good, basic 18th century dress, and I could crib off the drawings to do a doll-sized dress or two--mostly I wanted to see how the back of the waistline went together on a dress with no zipper. ;) So the pattern arrives, and I open the package: 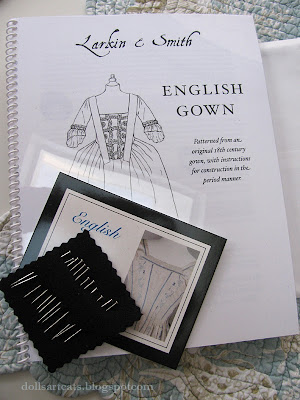 And wow, period pins!! These are nice for cartridge pleating skirts; ages ago I used to buy cards of "pearl" topped hatpins so that I could both deal with curtain fabric being turned into skirts and bodices, and so I wouldn't lose them on the floor and have K find them with her feet. Also, there is a long description and photos of the original garment in the instruction book. Yes, book : 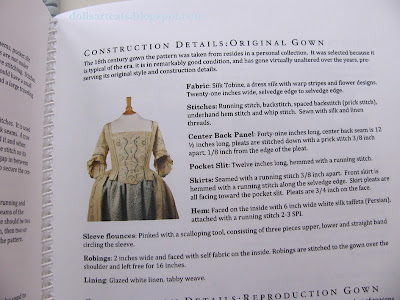 Lets just say it would be nice if modern patterns came with this level of instruction: 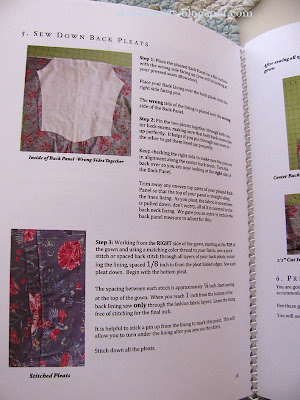 There is even a shout-out to Denis Diderot's Encyclopedia with an illustration of stitch types: 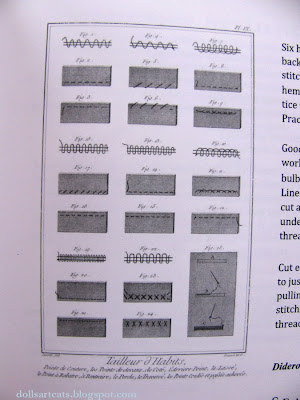 And the actual pattern pieces look pretty much like you'd expect a modern pattern to look like, but on heavier paper: 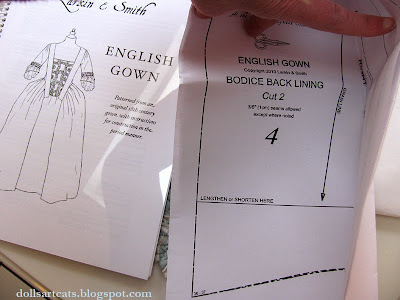 So I might even make a full sized gown later this year, since I have some extra curtains.:D Meantime I have to go through and see how this all goes together. Alas, the one thing it did not seem to have is a little page of scale drawings of the pattern pieces, but I haven't gone all the way through the book page by page yet.

If you want to see the other 18th century goodies they have, go here: